Paris is synonymous with history, culture, food, drink, art and just about everything else. It is the Elvis Presley of cities, a city even the aliens in far off galaxies are making plans to visit at some point. You might not get to see everything there is to see here (in one lifetime, at least), but our guide to the best of the best when it comes to Paris will keep you plenty busy.
With so many gorgeous things to do in Paris, it’s no wonder that the French capital is on the top of so many people’s bucket lists. Some of the must-do unique experiences in Paris include photographing the Eiffel Tower, exploring the Louvre, admiring the stunning Notre Dame, and seeing the world-famous cabaret at the Moulin Rouge, but there’s much more!
If you’re planning a trip to Paris or even just dreaming about a trip, then this list of the unforgetable  best things to do in Paris is going to provide you with some great inspiration. In this comprehensive list, we don’t just list the top things to do in Paris, but also some of the more unique things to do in Paris.
One thing for sure is that there are so many wonderful and fun things to do in Paris that you’ll need to book multiple trips to enjoy them all. Use this Paris things-to-do list as a little checklist if you wish, and happy exploring! 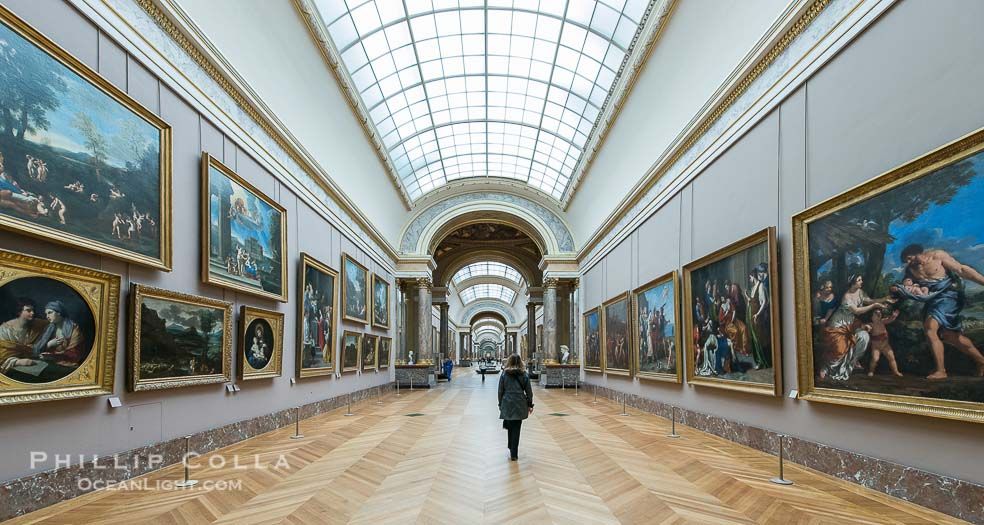 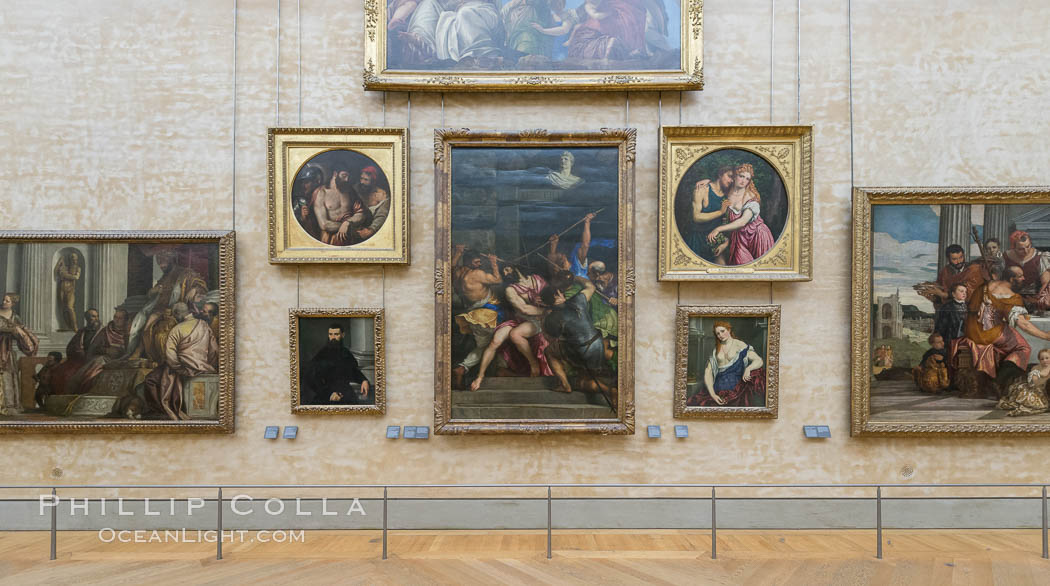 The Louvre Museum (French: Musée du Louvre; English: the Louvre Museum) is one of the largest and most visited art museums and a historical monument in the world. The Louvre Museum is located in the Rive Droite Seine, the First Arrondissement in Paris, France. Nearly 35,000 objects from prehistoric times to the 19th century are exhibited in an area of 60,600 square meters.
The museum is housed in the Louvre Palace (Palais du Louvre) which was originally a fortress built under the reign of Philip II. The remains of the fort can be seen in the crypt museum. The building was expanded several times to form the Louvre Palace as it is today.
There are plenty of good reasons to visit the Louvre! So many works of art to discover in this fabulous museum that used to be a palace! So plan your visit in advance to make the most of it.
some of the collections of this museum are amazing. among others are:
Ancient Egyptian Collections, Near Eastern Antiquities Collection, Greek, Etruscan and Roman Collections, Islamic art, Sculpture Collections, decorative arts, paintings, Prints and Drawings art.

The Eiffel Tower is unmistakable: it rips through the air like a colossus. From almost anywhere in the city, this imposing French symbol can be seen. Since the 1889 Universal Exhibition, the iron tower, which stands 324 meters tall, has dominated the Parisian horizon.

Its construction, which took two years, two months, and five days, was a technical and architectural marvel. The Eiffel Tower, which was only supposed to last 20 years, was saved by its immense popularity and Gustave Eiffel’s scientific experiments. The tower’s creator proposed a more practical use: an antenna for the first radiophonic transmissions. Despite being controversial from the start, the Eiffel Tower eventually won the hearts and minds of its most ardent critics. The Eiffel Tower now hosts a variety of events that draw visitors from all over the world.

As soon as you begin climbing the Eiffel Tower, you will experience incredible sensations. Every year, seven million people visit the site, climbing the three levels to the top. The view of Paris from such a high altitude is well worth the detour — and the climb! The higher you go, the more the city reveals itself: monuments spring up here and there, cars zip through the streets like ants, and even the landscape changes. It is unquestionably a must-see for anyone visiting Paris!

Don’t forget that at night, the Eiffel Tower takes on a new persona. You can take in the Eiffel Tower in the evening while enjoying a gastronomic meal at one of its restaurants. Such as the 58 on the first level, the Jules Verne on the second level, or even a glass of champagne at the very top; it was sparkling and shining above the “City of Lights,” as Paris is known.

The Eiffel Tower is located on the Champ de Mars at 5 Avenue Anatole in Paris, France. Every day from 9:30 a.m. to 11 p.m., and during the summer from 9 a.m. to midnight.

King Louis IX (Saint Louis) and Bishop Maurice de Sully built the Notre-Dame Cathedral in 1163 to compete with the Basilique Saint-Denis. The Notre-Dame Cathedral took nearly 200 years and countless architects, carpenters, and stonecutters to complete. The result is a Gothic masterpiece.
The heart of Paris is and always will be Notre Dame Cathedral. Despite the devastating fire that destroyed part of the cathedral in April 2019, a visit to Notre Dame remains one of Paris’s most iconic tourist destinations.
While you won’t be able to go inside this magnificent cathedral, you will be able to get a good look at it from the outside.

4. A Seine River Cruise is a great way to see the city.

Traditional, elegant riverboats provide a different perspective on the City of Lights. You’ll be able to fully enjoy your time on the Seine once you’re onboard, navigating past monuments and buildings.

The Seine has always been and will always be the main artery in the heart of Paris. The river is the capital’s central axis geographically, and it has always played a significant role in Paris’s history. The Seine, which has been identified as a territorial and economic advantage, has accompanied, if not led, Paris’s growth. Several landmarks throughout the city bear witness to the city’s illustrious history.
A river cruise on the Seine is a popular way to see Paris and one that we always recommend to visitors. These short river cruises allow you to see many of the city’s highlights while floating down the Seine River—the Louvre, the Eiffel Tower, the Musée d’Orsay, Notre Dame Cathedral, and so on.

From the river, you can see many of Paris’ most famous and important buildings, bridges, and attractions. The river viewpoint also provides excellent views of the city’s history, evolution, and architecture. In fact, in 1991, the Seine River banks in Paris were designated as a UNESCO World Heritage Site.

5. Take a stroll through Montmartre and make a trip to the Basilica du Sacré-Coeur.

Montmartre is located in the 18th arrondissement and is also known as the “Buttes-Montmartre neighborhood.” The Sacré Coeur Basilica (Sacred Heart) and panoramic views of Paris can be found on the Montmartre butte, which is the highest point in the capital. While taking in the sights of Paris,

Take a break at Tertre Square, where painters, portrait, and caricature artists work outside, providing the perfect opportunity to see a work-in-progress! Renoir and Van Gogh, incidentally, both rolled up their painting sleeve at Tertre Square.

After you’ve completed the more “traditional” route, take some time to venture off the beaten path and discover more intimate spots to fully appreciate the area. Montmartre is more than just a haven for painters; it’s also a cultural and gastronomic hotspot with its own unique charm. Hidden staircases lead to quaint cobblestone squares as steep streets wind past vine-covered homes. This is the undeniable allure of Montmartre. Allow it to lead you, and you’ll find more than you bargained for, from the romantic Allée des Brouillards to the architectural wonders of Clichy Square.

6. The Garnier Opera House is a must-see.

8, rue Scribe, Garnier Opera. From 10 am to 5 pm, every day (until 6 pm during the summer season).
At the end of the Second Empire, architect Charles Garnier created this neoclassical masterpiece. It wowed onlookers with its ornate richness, eclecticism, architectural and decorative audacity when it opened in 1875 as the “New Opera” in Paris. Garnier gathered the best artisans, painters, and sculptors from across France. Garnier also used mosaic to decorate the gallery vaults that led to the grand hall for the first time in France. The Garnier Opera has grown into one of the most opulent Italian-inspired theaters in the world.

If you’re thinking about going to the Garnier Opera, keep in mind that its ballets, operas, concerts, and recitals are not prohibitively expensive.

7. Take a stroll through the gardens of the Tuileries Palace.

Make a point of visiting the nearby Tuileries Gardens either before or after your visit to the Louvre. This is a lovely spot for relaxing with friends and family or exploring the beautiful gardens, especially in the spring and summer when the flowers are in full bloom.
During the summer, there are a variety of stalls selling ice cream and pastries and many artists creating beautiful works of art.

Elegant pastries and decadent desserts are synonymous with the French.
These French breakfast foods are sure to delight, from flaky croissants to rich pain au chocolat. Breakfast in France is typically light, sweet, and straightforward. Breakfast cereals, a tartine (a slice of bread with a topping), and a drink are usually included (tea, coffee, orange juice). It’s traditionally consumed between the hours of 6 and 8 a.m.
You’ll undoubtedly partake in at least a few traditional French breakfasts during your visit to Paris. Unlike most other parts of the world, a typical French breakfast consists of bread, a pastry such as a croissant or pain au chocolat, jam, yogurt or cheese, and, of course, orange juice, coffee, or tea.

9. Lunch at the Most Romantic Classic Restaurant, Le Train Bleu

Le Train Bleu, located at Gare de Lyon, is regarded as one of Paris’ finest restaurants and is ideal for a romantic lunch.
The food is fantastic, and the service is impeccable, not to mention the ornately decorated interior, which rivals many of the city’s churches and palaces.

This is a very popular restaurant, so make a reservation ahead of time to avoid disappointment.
The restaurant, built-in 1900 and opened the following year, is a living testament to Paris’ Belle Epoque. Under painted ceilings, opulent gilded gold, and chandeliers, you and your special someone will dine. Some of the restaurant’s halls have even been designated as historic monuments.

The menu consists of a small selection of perfectly cooked French classics, which are served with a touch of drama that complements the decadent setting. Meat is carved at the tables, steak tartare is prepared and seasoned to your liking in front of you, and flambéed desserts finish the meal off with a bang

No comments to show.